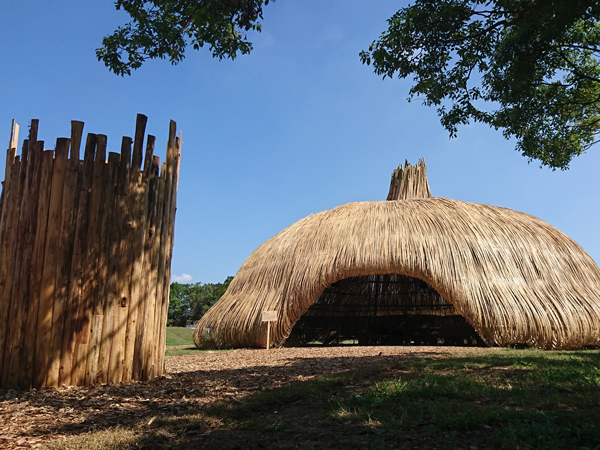 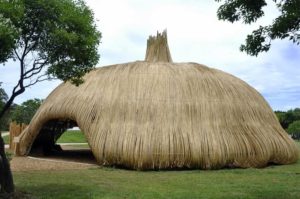 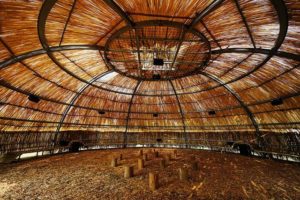 The “Surroundings” component consisted of a large dome with three levels of speakers (6 on the floor, 8 at mid-height, and 2 overhead) with 3 subs, all on discreet audio channels with spatial audio panning seamlessly throughout the 3D array. The audio program consisted of four ecosystems: three ecological soundscapes including coastal, wetland and high mountain featuring natural and aboriginal elements; and the fourth and final presenting a busy city environment.
People experiencing the sound sculpture were encouraged to reflect on how they felt in each environment, hopefully realizing how stressful and uncomfortable to city-scape left them feeling, with a notion that such city noise-scapes are entirely by choice and could be changed if enough people wished it so. 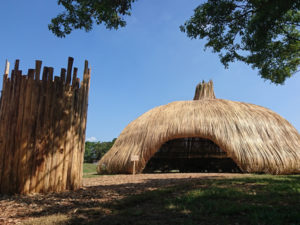 The “Embrace” component consisted of several large tree-truck shaped sound sculptures placed throughout the park, with subwoofers inside playing the sound of a heartbeat. The heartbeat can only be “felt” when embracing the tree, causing people to experience the freedom of “tree hugging” — an act which researchers have found actually does promote a sense of wellbeing.