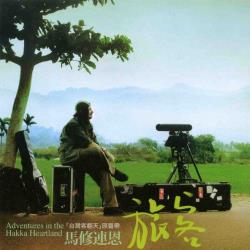 Adventures in the Hakka Heartland

NOTES FROM THE PRODUCER

I have always embraced the edict, “there are no problems, only opportunities.

” As Producer of this album project – the one responsible for the creative direction and technical approach – this has undoubtedly been my most challenging project to date, presenting a wealth of “opportunities.”

This album evolved from a TV series which endeavored to unearth the precious yet little-known musical treasures of Taiwan’s Hakka culture.

During my work with Hakka culture in Taiwan, I observed that only a select few musicians had “made it” into the spotlight of Taiwan’s music scene. But I knew there were scores of musicians in the fields and mountains and homes across Taiwan who remained relatively unknown. They had not sought fame, and did not perform with financial profit as their prime motivation.

They are the musical heroes who perform for love of culture, and who are presented in the TV series, “Ha-Fun Taiwan.” And that was how this project began -with the research and production of thirteen TV episodes. My Hakka co-host, Hsieh Yu-wei, and I traveled across the island seeking out these hidden treasures with the hope of attracting renewed appreciation for this important culture.

Each episode involved my recording of musicians on location and subsequently producing their recordings with additional instrumentation in my Taipei recording studio. The decisions regarding the accompanying music styles were left entirely to me. I relied on the inspiration I felt from the original recordings to find a new musical direction, and to present this music in a new light. These new songs were featured at the end of each TV episode as a music video, recapping our adventures and experiences.

The process of recording musicians on location – in their homes and tea fields, plum orchards and local temples – had both tremendous benefits and tremendous challenges.

The benefit of recording musicians on location is that they feel at home, and so these recordings contain a sense of comfort and ease. This comfort has resulted in a truly unique and remarkable album, and I would not have attempted such recordings under the pressure of a recording studio environment, as the purity of the artists’ performances would have been lost.

But the challenges of location recording – especially when considering the intent of subsequent studio production – are many. For instance: recording without pitch or tempo references (meaning additional instrumentation must be matched to the pitch and tempo of the original performances); exposing equipment to weather; and the inevitable presence of unwanted sounds (although many of these unwanted sounds created an air of “being there” and I would not wish to remove them now).

I was also challenged by the need to edit together countless hours of several artists’ recordings, into thirteen musical stories -replete with new arrangements, added instrumentation and key modulations.

But somehow, it all worked!

Following the first broadcast of the TV series, enthusiastic audience response compelled us to produce a CD from those thirteen episodes. Each song was revisited, and many arrangements were re-recorded for better quality while additional instrumentation was also produced, to achieve the best possible result – a wonderful music album which contains a journey through the heartland of Taiwan’s Hakka culture.

Such an ambitious music project would not have been possible without the preceding TV series’ research and production support.

As a composer, I found myself creating music I would never have composed without the inspiration of each Hakka musician’s sound recording.

As a producer, the technical challenges resolved themselves with surprising opportunities at every turn.

But the greatest opportunity has been the honour and privilege to share Taiwan’s unique Hakka heritage with the world.

I wish to thank Hakka TV, the Council for Hakka Affairs, my production colleagues from Magic Hour, the TV series crew and my music production team, and of course the remarkable Hakka musicians who are presented herein.

Thank you all for enabling such a special project.