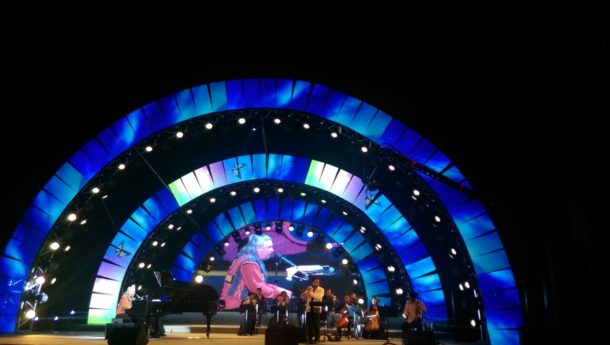 Full-house for performance in Dongguan, China Matthew’s first concert in Dongguan, China was a huge success, with his performing to a full house in the city’s beautiful 1,500-seat music hall.

The invitation was the result of Matthew’s commitment to inspiring environmental appreciation in his music. Joined by his long-time ensemble members, musicians Chou Yi-chien (erhu) and Huang Yin-zhong (bamboo flutes), Matthew also scored arrangements for his best-known songs for a 10-piece string section. The combination of violins, violas, and cellos added warmth and flare to the performance.

Having performed in numerous cities across China, and several times in neighbouring Shenzhen, this was Matthew’s first invitation to perform in Dongguan. The audience reception throughout the show, the encore and the swarm of fans at the stage immediately afterwards, suggest this will likely not be the last.