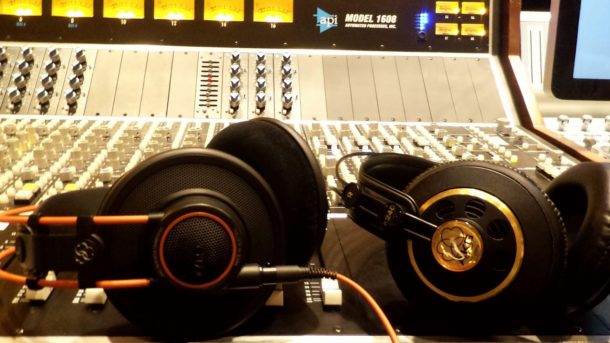 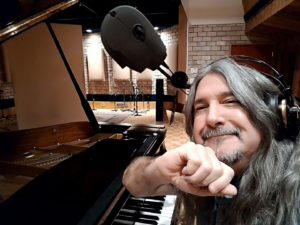 Oct 15, 2016 – Based on Matthew’s research into binaural audio and convolution reverb (as published by the Audio Engineering Society), the first full-scale recording sessions commenced at Signature Sound in San Diego.

The sessions explored this totally new technique for producing “3D” music, which is destined exclusively for headphone/earphone playback, and hoped to confirm the feasibility of employing this technique in the production of pop music. 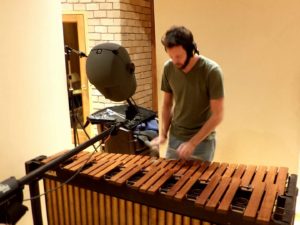 In the end, the sessions were a resounding (pun intended) success and will form the basis of an album project to be produced and released in 2018. This will be the first time such binaural 3D technology and methodology have ever been employed in the creation of recorded music. 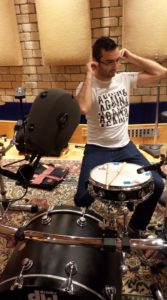 Tracking the first of three layers of drums in native binaural.

A Kickstarter campaign will be launched in support of this project, with regular updates published during the production period. The resulting music will be offered first to supporters of the campaign, with standard and high resolution files available.
For a better understanding of the concepts behind this project, please watch this video on one important aspect: binaural convolution reverb.
Audio Reality – An Introduction to Binaural Sound and Space
Please share this post:
4 years ago in News
MATTHEW LIEN MUSIC