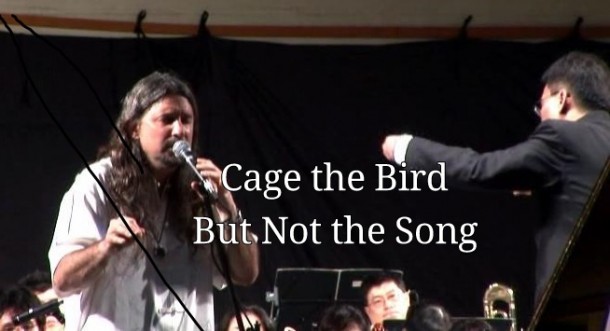 Matthew Lien’s “Cage the Bird” with the National Symphony Orchestra

In commemoration of Taiwan’s national day of remembrance for the victims of the “228 / White Terror” era, Matthew Lien performs his composition, “They Can Cage The Bird But Not The Song,” with the National Taiwan Symphony Orchestra.

This era of Taiwan’s history featured brutal martial, when thousands of people (some pro-democracy, some outspoken against the regime, others entirely innocent of any offense) were executed or imprisoned without just trial, while the government (consisting of a single political party at the time, known as the KMT) confiscated property and wealth to empower their grip.

The performance originally occurred at Taiwan’s Sun Moon Lake, and this video footage has never been made public until now.

It is hoped the song inspires awareness for the sacrifices made by so many, so that Taiwan may enjoy greater social justice and democracy today and into the future.