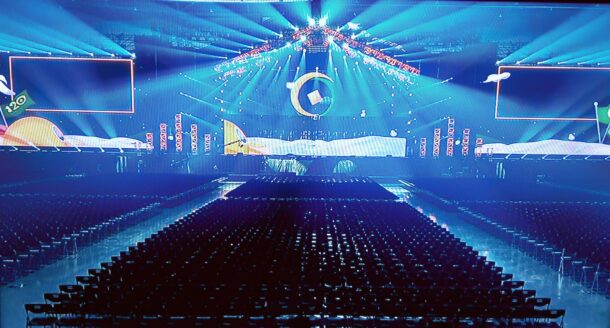 I was honoured to perform for Taiwan First Bank, the oldest in Taiwan dating back to when Japan ruled the island, in their anniversary concert.

This was actually the first time to perform with a piano on a hydraulic lift, rising up into the middle of the stage at showtime. A but dramatic for my style, but pretty cool none the less. 🙂

This was the first time to perform in this main hall of Taipei’s Nangang Exhibition Center, a relatively new venue where I’d met Roger Golver who’d invited me to attend the Deep Purple concert here.

I’m grateful to Taiwan First Bank for valuing my emphasis on culture and the environment, as a centrepiece of their anniversary celebrations. I hope these values conntinue to shape the future of Taiwan.