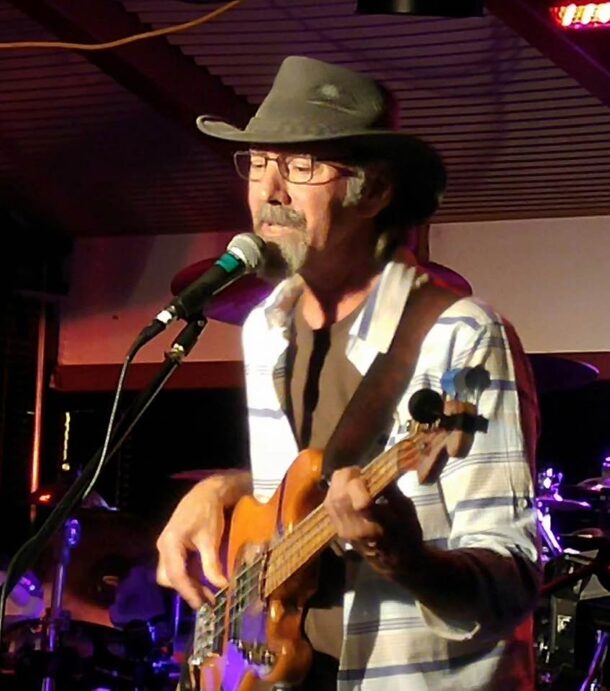 WHITEHORSE, YT – Yukon musician and producer Matthew Lien and eighteen Yukon and BC musicians have come together for their friend and colleague Paul Stephens, who had recently been diagnosed with a highly aggressive form of cancer.

An accomplished bassist, vocalist and songwriter, Stephens was a principal member of the BC and Yukon music scenes, recording and performing right up until his diagnosis. Prior to moving to Vancouver Island, Stephens was a long-time Yukon resident. He played in several bands including Comox, Going South, The Studebakers, All Stars Blues Band, Cook Street Band, Clave, Big Soul, The Groovies, Jazz in the Hall Project, The Sean Grieve Committee, and many others. He’d also played on innumerable recordings for various artists, and had accompanied Lien on several of his international concert tours and album recordings.

Upon learning in early March, 2022 that Stephens had terminal cancer and had ceased public performing, Lien set a plan in motion to provide Stephens with the opportunity to create “one last song.” That song, entitled I’m Gonna Pray, was composed years earlier by a mutual friend and colleague (and former Yukoner), singer-songwriter Paul Gatien. I’m Gonna Pray was inspired by the vision of a parent holding their infant child while watching the evening news. It is a song of hope, love and gratitude and seemed highly suitable as Stephens’ final song.

As word spread about the recording project, a host of musicians contacted Lien, eager to be involved, while friends and family donated to a GoFundMe campaign to cover some of the expenses. Stephens’ compromised immune system and logistical challenges precluded the ability to accommodate everyone, but Lien’s dedication to the project enabled eighteen musicians to participate, recording in six studios with seven engineers.

Stephens was recorded first, and remained hands-on for every session thereafter. As each musician recorded their parts they expressed their love, and their farewell. It became clear that this was more than a project for Stephens alone; it was a means for many friends to forge a final connection through the language they knew best.

Stephens and his wife Maureen Stephens flew to California for the final two-day mix-down session, where he helped oversee the sonic blending of instruments. To infuse the music with a striking life-like quality, Lien employed his award-winning immersive audio format, Full Circle Sound, for the recording. The technical production combined with the talented musicianship resulted in a mind-blowing multi-layered listening experience.

At the conclusion of the mix-down, Stephens was overjoyed as he listened to the completed song. He passed away ten days later.

Stephens has chosen ArtsCan Circle as the charity to which proceeds from the song’s streaming will be donated. The song currently is available on YouTube, and will be released soon on all major streaming platforms.