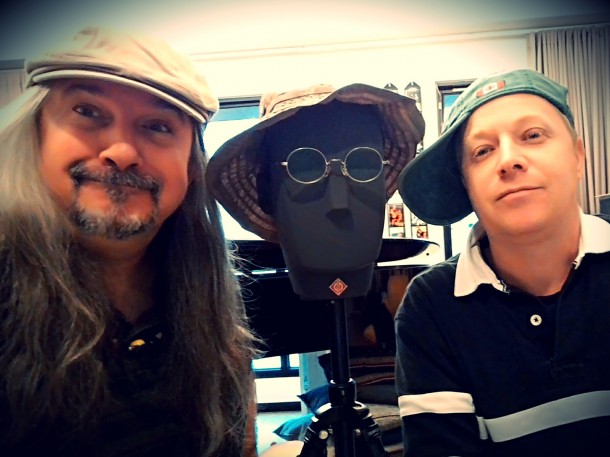 Those of you familiar with binaural recording are probably aware of the Binaural Barbershop recording. This has received millions of hits on YouTube, even though there’s no video and it was produced a very long time ago.

Today, we began producing the sequel!

When the original Barbershop was produced, recording technology was still on the dirty side. So while it features many fun and gimmicky elements which work well in binaural (such as clippers cutting the hair next to your ears, and having a paper bag put over your head), there is a pretty high noise floor throughout and the overall fidelity could clearly be improved with modern technology.

Because of its popularity, I’ve always felt it would be fun to update this with a sequel of sorts, which I’m now calling the Binaural Bistro. With voice over talent provided by the incomparable Gavin Phipps, we completed voice recording today. Following a script which will allow for lots of great (and yes, fun and gimmicky) sound effects to be recorded in the coming days, it will be exciting to see if this catches on the way Barbershop had.

After all, anything that can spread love for binaural recording is always a good thing.

Stay tuned for the release of this exciting sequel, the Binaural Bistro.

PHOTO: Matthew Lien and Gavin Phipps with the KU-100.